Best Day of Our Lives (Part 2)

*Note: Some people have been mentioning a problem with commenting. If you can't see the comments tab, just click the title of the post. The comments section should show up at the bottom if it's just the one post.

If you're stopping by for the first time this week, don't forget to check out yesterday's post about the wedding prep. There are lots of pictures! :)

Anyway, I promised formals today. Our formal pictures started at 3, which gave us about 2 hours before the wedding to photograph. The men in our wedding party (my husband included) were difficult to wrangle. They're easily distracted, and totally goofy, which you'll see in a minute, so it was hard to get a lot of pictures in. Unfortunately, there aren't any of C with the bridesmaids, me with his parents, or him with my parents, but the pictures we did get are priceless. 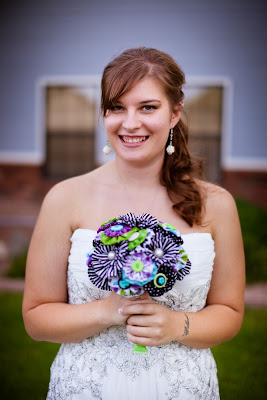 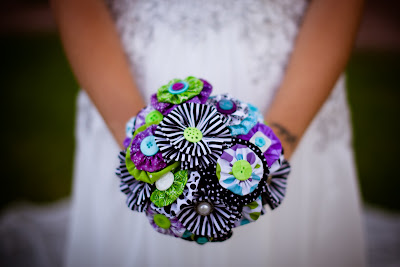 Our flower girl was super adorable, and even though she was a little cranky before the ceremony (she REALLY wanted to throw flowers), we did manage to get this: 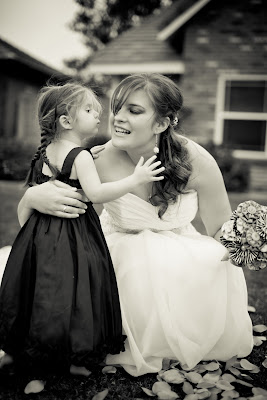 There's a whole series of photos of C with his groomsmen, and all of them are hilarious, but these are my favorites:

I also got a whole series of hilarity with the groomsmen, but this one makes me smile the most: 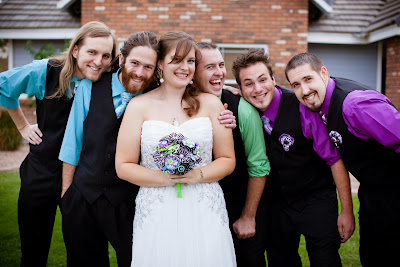 My photos with my bridesmaids were on the ridiculous side too, mostly because my brother was involved, and he's a goof. Here's our best one: 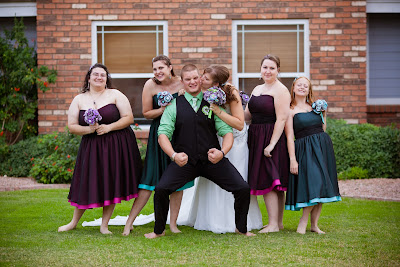 I also did pictures with each bridesmaid individually, but since you don't know any of them, I won't include any of those here. I will include this one, because I think it's awesome that our tattoos matched the ribbons on our bouquets: 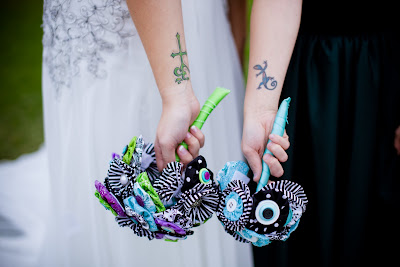 ...and this one, because my brother cracks me up: 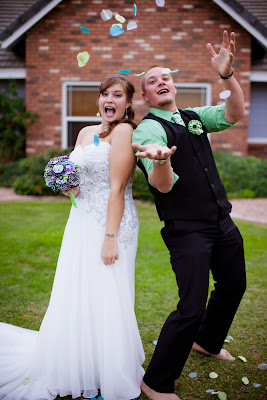 We got pictures with our families, but even those couldn't be serious: 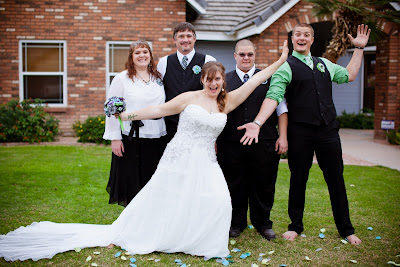 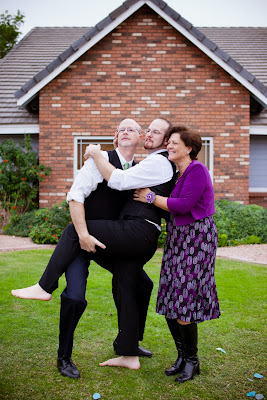 Once all the formals in the front yard were done, we headed over to the reception venue for a few silly ones (because we didn't have nearly enough...)

Tomorrow will be filled with pictures from the wedding ceremony, so check back in if you're interested! :) No worries if you can't (I know it's Thanksgiving)...you can always catch it on Black Friday. :P